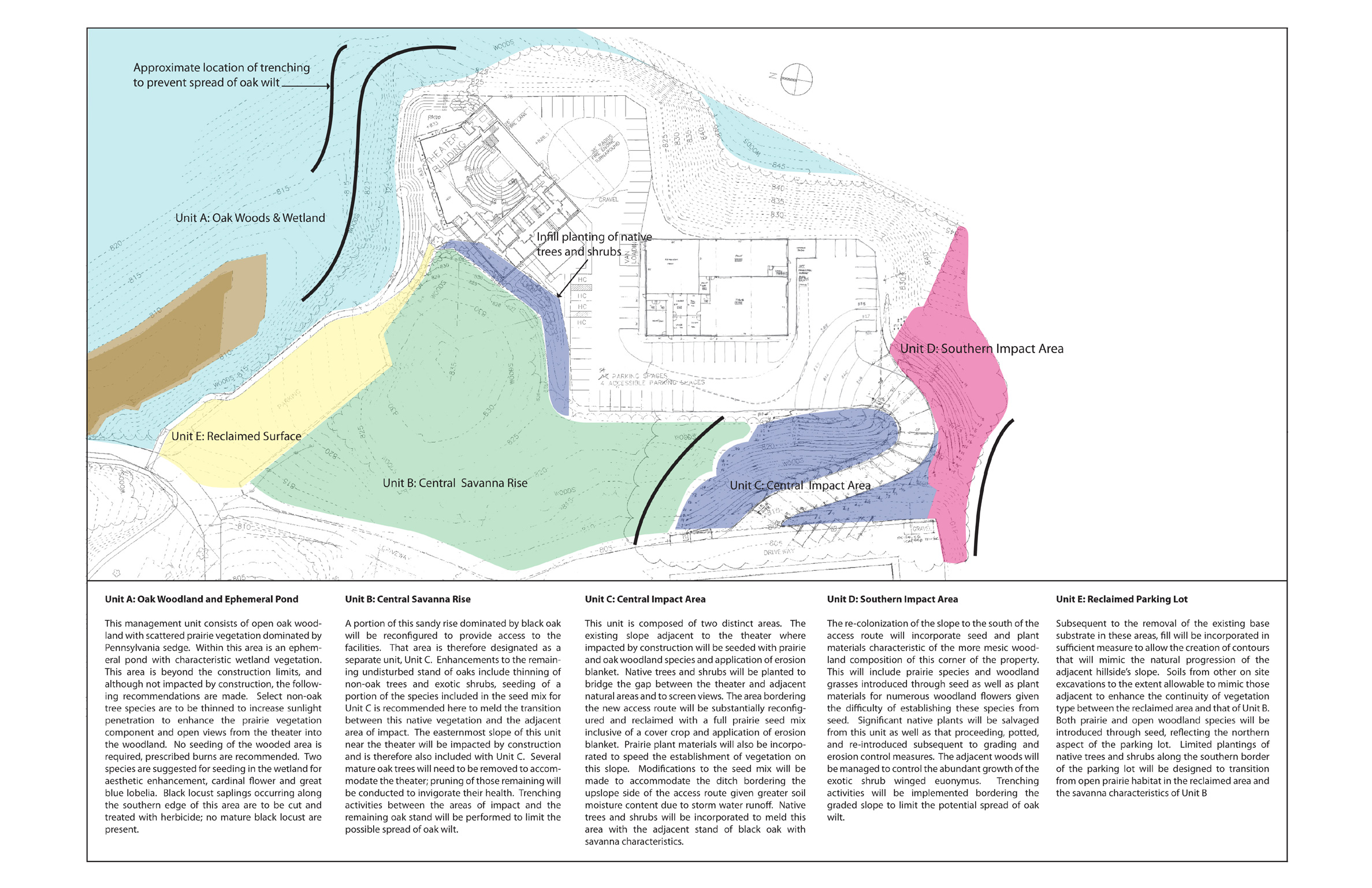 The involvement of ICES early in the design phase of the indoor theater facility at American Players Theater allowed for the identification of natural resources that would be impacted, and consequent mitigation planning.  These considerations can inititally be articulated through a simple schematic as below.  ICES interceded to preserve soils excavated during the construction process and stage these on site for final grading, avoiding the importation of top soil.  Use of the native parent soils allowed for obtaining greater fidelity with the surrounding vegetation, limited the import of exotic species, and reduced transport costs and the associated carbon footprint.  ICES subsequently designed and installed a prairie seed mix for the areas disturbed during construction.