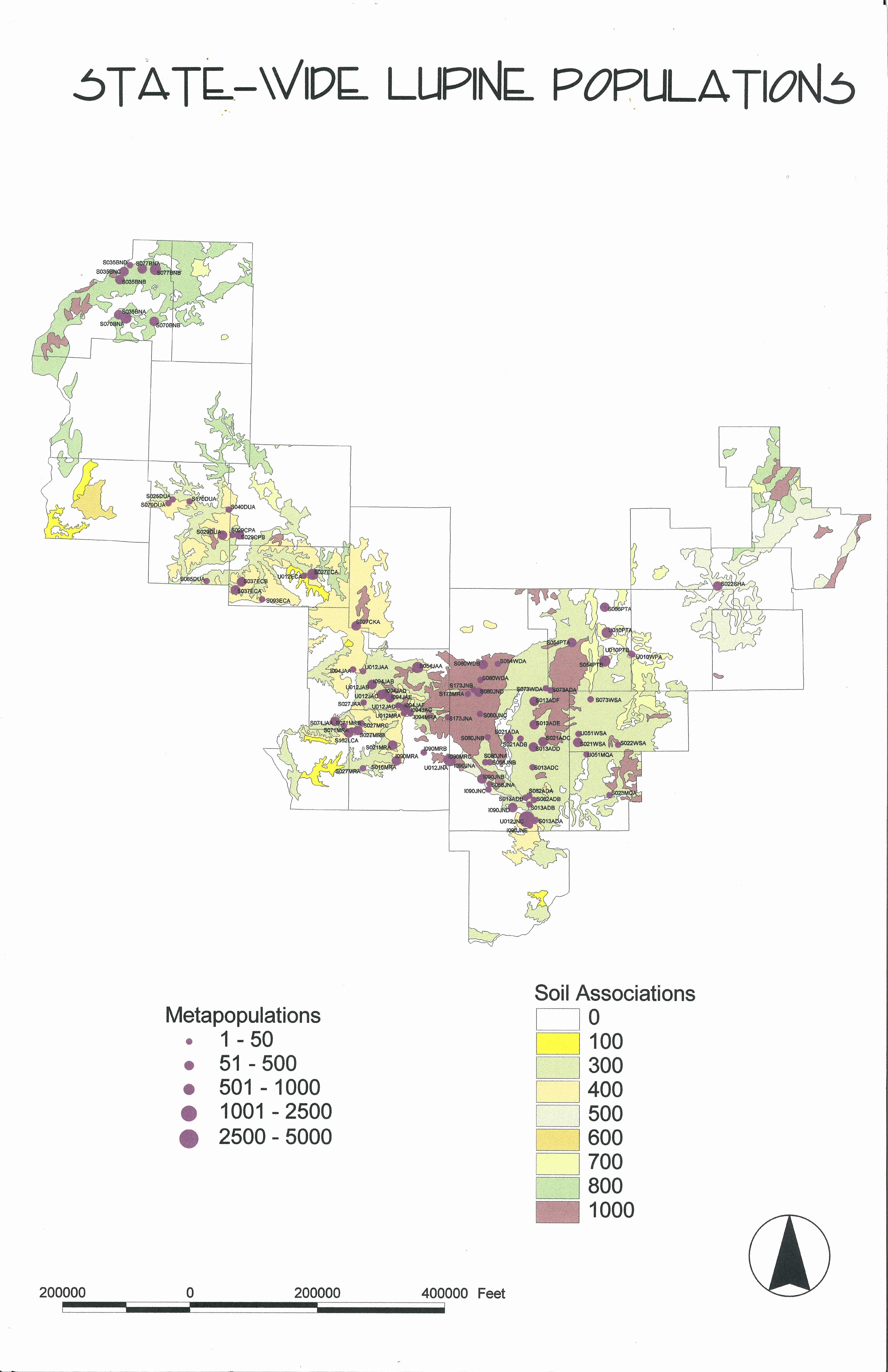 Habitat Conservation Plans (HCP) serve to protect plants and animals that are federally-listed as threatened or endangered. These plans are designed to safeguard the habitat that these species require.  In this case with the Karner blue butterfly in Wisconsin, the HCP allowed for the “incidental take” or accidental death of individuals of this species through road construction and other projects without special permiting for every single project that may impact the butterfly.  The HCP serves as a comprehensive document to guard the species overall so that isolated incidental take will not cause the loss of the species.

ICES was contracted by the Wisconsin Department of Transportation to conduct an inventory of the distribution of wild lupine throughout the state in sandy and loamy soils preferred by this plant.   Karner blue butterfly, a federally endangered butterfly, is dependent on wild lupine for its survival since the caterpillars of this butterfly forage exclusively on this plant.  A population of Karner Blue Butterfly was located during the inventory, resulting in the rerouting of a planned bypass.  Two thousand miles of highway were surveyed during a single lupine blooming season, with four thousand driven.